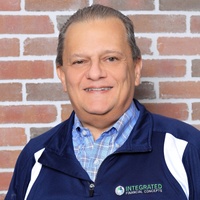 Charles Melita has owned and operated his own financial services companies since 1997, primarily partnering with small business owners and medical professionals. Prior to this, Charles cultivated a career in the corporate area as a national accounts manager in the T&E sector for American Express, collaborating with financial executives from many Fortune 100 companies. Over the past two decades, he has developed expertise in credit analysis and commercial lending.

After the sudden loss of his 21 year old son, Robert, to cardiac death in 2012, Charles began searching for a way to give back to the community that would also allow him to support his family during this tragic time. In October 2013, Charles partnered with his close friend, Paul Lenskold, to form Robert Anthony Melita Enterprises, L.L.C. (aka RAM Enterprises), a legacy to Robert’s memory. Since its inception, RAM Enterprises has remained committed to returning a portion of their profits to a variety of charities.

In addition to his dedication to promoting heart health and CPR training after Robert’s death, Charles also remains passionate about educating the public with sound, comprehensive, and accurate credit and insurance strategies to prevent the personal and professional disasters that far too often devastate businesses and families.

Charles is a supportive member of the local community, both professionally and personally. He is actively involved several professional networking groups and served in the Eastern Monmouth Area Chamber of Commerce as a past member of the board of directors and past co-chairperson of the small business counsel for that Chamber. Since 2001, Charles has served on the advisory board of Riverview Medical Center, now part of Hackensack-Meridian Health System.

Charles and his wife, Beth, in conjunction with Meridian Health and the American Heart Association, spearheaded “A Community of Life Savers,” an initiative dedicated to heart health education and CPR training. In 2014, the program trained over 10,000 high school students across Monmouth and Ocean counties in CPR and continues to promote education and training today. In 2014, the Melita's proudly received the “Morgan Cline - Benjamin D’Onofrio Humanitarian Award” for their leadership in “A Community of Life Savers.” They have also received “Life Force USA Chain of Survival Award” and American Heart Association’s 2015 NJ American Heart Saver award.

Charles and Beth live in Fair Haven, New Jersey with their two daughters, Lauren and Haley.